By Nik Simon For The Mail On Sunday

Fly-half Nicolas Sanchez held his nerve with the boot as Argentina hit back from 15-6 down to claim a 15-15 draw against Australia in the Tri-Nations Series.

Australia had plenty of possession early on and established a nine-point lead just before the hour thanks to five penalties from fly-half Reece Hodge. But Sanchez, who scored all of Argentina’s points, split the posts with five penalties, the last two from 45 metres and into a headwind, as the spoils were shared.

Australia will rue their inability to make their first-half dominance count, but they had an opportunity to snatch victory two minutes from time, only for Hodge to fluff his lines with a 40-metre penalty kick from an acute angle. 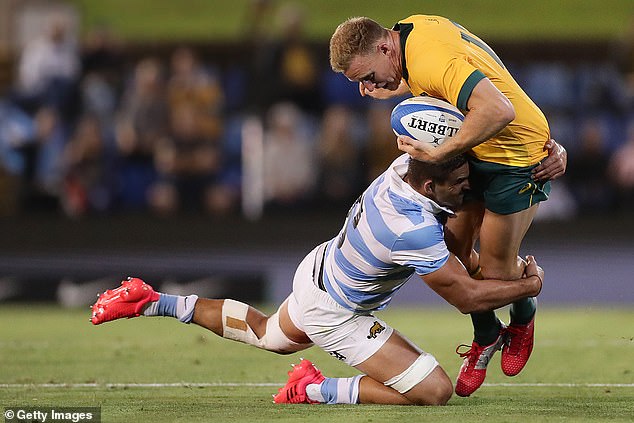 All three teams in the competition move on to six points going into next weekend’s penultimate fixture when Argentina take on the All Blacks at the same venue in Newcastle.

‘At 15-6, we had control of the game. We had some chances to kick for the corners and we had some good kicking, but it looks like they got bored with it. We should have closed that out.’

Daily Echoedhttps://www.dailyechoed.com
Previous articleFour reasons Topshop is not the brand it once was
Next articleDaryl Jacob eyes Grand National after landing the Betfair Chase for a third time with Bristol de Mai

Thirty MPs have urged Formula One to 'put people above profit and human rights above racing' ahead of back-to-back races in Bahrain over...
Read more
Sports

MPs have lent further support to the campaign for an independent regulator of football claiming that the self interest of Premier League club...
Read more
Sports

Canadian Prime Minister Justin Trudeau has been pranked by a Russian duo posing as Greta Thunberg during a ten minute phone call. The pranksters,...
Read more