By Maxine Shen For Dailymail.com

A California head of school has defended his decision to ask a student to remove his MAGA hat saying the headwear is a ‘symbol of racism and hatred’.

La Jolla County Day’s Head of School, Gary Krahn, told staff in an email obtained by KUSI earlier this week that he had asked a student to take off his Trump-mantra ‘Make America Great Again’ hat.

Krahn wrote in the email that he’d talked with the student, who attends the prestigious $37,000-a-year private school in La Jolla, California, and that he ‘now understands why that hat is offensive to our community’.

La Jolla County Day’s Head of School, Gary Krahn (pictured), said that he told a student to remove his MAGA hat while on campus because it ‘has a symbol of racism and hatred’

Krahn said that the hat-wearing student, whose age was not revealed,  ‘will not wear it again. In addition his mom said that she is embarrassed by his actions. She will fulfill her role as a parent. We will continue to grow as a community that sees and values the dignity of all people.’ 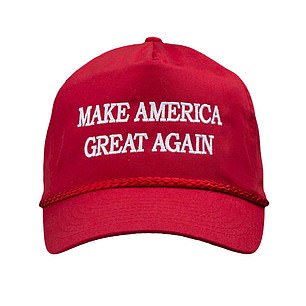 Krahn said that after explaining about the MAGA hat’s supposed symbolism, the student ‘graciously’ took off the hat

KUSI noted that the school’s 2020-2021 Parent/Student Handbook did not include any dress code rules prohibiting the wearing politically-themed clothing, although lower and middle schoolers are not allowed to wear hats in classrooms.

On Thursday, Krahn released a video statement, obtained by KUSI, explaining why he asked the student to remove the hat, denying that it was a politically-motivated action on his part.

Krahn started off by noting that ‘the First Amendment is very important to me’ and noting that he was ‘willing to give my life for it as I served in the Army.’

He then said the First Amendment – which includes the freedom of speech – ‘is one of the most precious things we have in this nation.’

Krahn then went on to address the hat incident.

The student ‘has every right to wear that hat. I had friends give their life for that right,’ the head of school said, adding that ‘it was not a political decision to reach out to him and talk about that hat, it was a decision about dignity, the inherent value that all humans have.’ 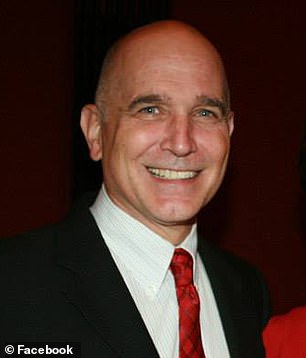 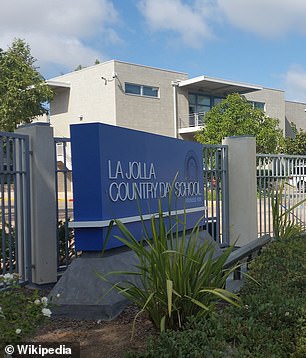 Krahn (left) said that he supports the First Amendment – fighting for it in the Army – but that removing the hat was ‘a decision about dignity.’ La Jolla County Day (right) is a private school 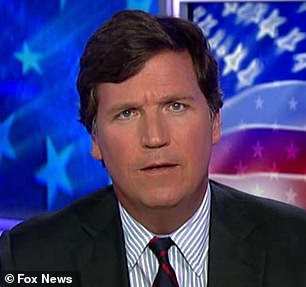 TV host Tucker Carlson is among the alumni of the school

‘We can argue about whether that’s true or not, but it’s a fact that in our community, there’s a belief that that’s what that hat represents,’ he noted. ‘And because we’re a community of dignity, that all people have value and that all people are vulnerable, I wanted the student to know that his decision was going to have an impact on people.’

The student, Krahn said, ‘graciously took off his hat.’

Krahn ended the message by noting that the school intends to ‘continue to honor the First Amendment. We’re going to continue to be a community of dingily and to realize that if our actions impact others, we have a responsibility to work on that, to improve, to grow.

‘Our students are going to become leaders in the community. I can’t think of anything more precious than to have them go out there, with not only the knowledge, but with the belief that all humans have value. Create the community that we dream about. That’s what La Jolla County Day is all about.’

TV host Tucker Carlson is among the alumni of the school.

Daily Echoedhttps://www.dailyechoed.com
Previous articleOne of Gavin Newsom’s children in quarantine after ‘classmate tested positive for COVID-19’
Next articleMichigan lawmakers who met with Trump appear to undercut his efforts to overturn election

Almost all of England faces strict coronavirus measures when the national lockdown ends on 2 December.Source by
Read more
Trending News

Solskjaer (left), Klopp (centre) and Guardiola have criticised this season's fixture scheduleThe BBC will show a live game on 26 December for the...
Read more
Trending News

Twickenham to host 2,000 fans in December

Arkansas man with an 8-foot black Santa in his yard receives...
Read more

Penny for your thoughts, Jurgen? Liverpool boss Klopp likely to be...
Read more

Richard Staves, who served in World War Two, assaulted his victims after speaking of his loneliness.Source by
Read more

Captain Tom has launched his own London Dry gin for £35.95

Many will be reaching for an extra tipple over the festive period, but now they can do so for a good cause, as...
Read more