David Raven had much to live up to after being named man-of-the-match on his Liverpool debut, a victory over Tottenham in a League Cup quarter final.

Having had the unusual distinction of captaining England schoolboys at football while attending a rugby-playing grammar school, a rarefied career at the highest level seemed possible.

That never quite happened but 16 years on, everything might just come full circle. Should Marine manage to get past Havant and Waterlooville in Sunday afternoon’s FA Cup second round he would be in the hat for a tie against his former club, who reside three miles down the dock road.

A native Merseysider from across the river, Raven ended up making only three appearances for Liverpool. He can, however, reflect on such diverse experiences like marking Cristiano Ronaldo, playing in Europe, being banished from Rafael Benitez’s office and injury-induced spells qualifying to be a plumber and working as a house surveyor.

As he anchors Marine’s defence on Sunday he will not look too far ahead: ‘There’s nothing wrong with dreaming but you can’t afford to, this is going to be a proper non-league scrap,’ he says.

He has learned not to look too far into the future, and his Liverpool debut as a 19 year-old in December 2004 he may not have foreseen his main occupation and location at 35. That is as head coach of the football scholarship programme at Shropshire’s Ellesmere College, a public school he describes a ‘beautiful place, a bit like Hogwart’s.’

By the time of the Tottenham call-up he had represented England in several age groups, playing alongside the likes of James Milner, once against Portugal and Ronaldo.

‘It was in the under 16s and we’d heard they’d got this lad with a reputation. And as I recall he gave me a bit of a roasting and nutmegged me twice. A couple of years later I saw he was playing for Man United and I thought “that’s the one”.’

At 18, having been in the Anfield youth system, he secured a senior contract with Liverpool after a brief encounter with Benitez.

‘He had told me I would get a contract and I hadn’t heard anything for a while so I went and knocked on his door, of course I was scared. He just told me to shut up and sign it, and then to get out of his office.’ 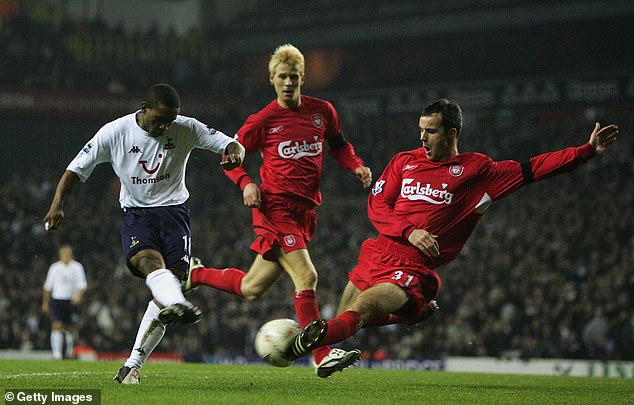 The Spaniard was ultimately impressed enough to hand him what became dream debut at White Hart Lane at right back, where the visitors won on penalties.

His two matches after that were disappointing defeats, the first against Burnley in a match best remembered for a comic own goal by Djimi Traore.

‘I was quite athletic so I didn’t find that side of it a problem and the step up felt easier being surrounded by good players,’ he recalls. ‘I was maybe a bit unfortunate with the way the other two games turned out for the team.

‘We went to Southampton, Sami Hyppia got injured and I suddenly found myself on. I heard Harry Redknapp shout from the touchline to Peter Crouch: “Crouchie, come over here and stand on him!” and they kept trying to play it through but I thought I did alright.’

As captain of Liverpool reserves he was taken along to Istanbul in 2005 for the greatest final of all, but only as a non-playing bystander, something he found strangely unsatisfying.

‘How my future stood had kind of sunk in when I was on the bench against Bayer Leverkusen that season and we were winning easily. Steve Finnan got injured and he didn’t bring me on when he could have done. I couldn’t really see a path after that. I really worked hard to get up to that extra level but I couldn’t quite manage it.’ 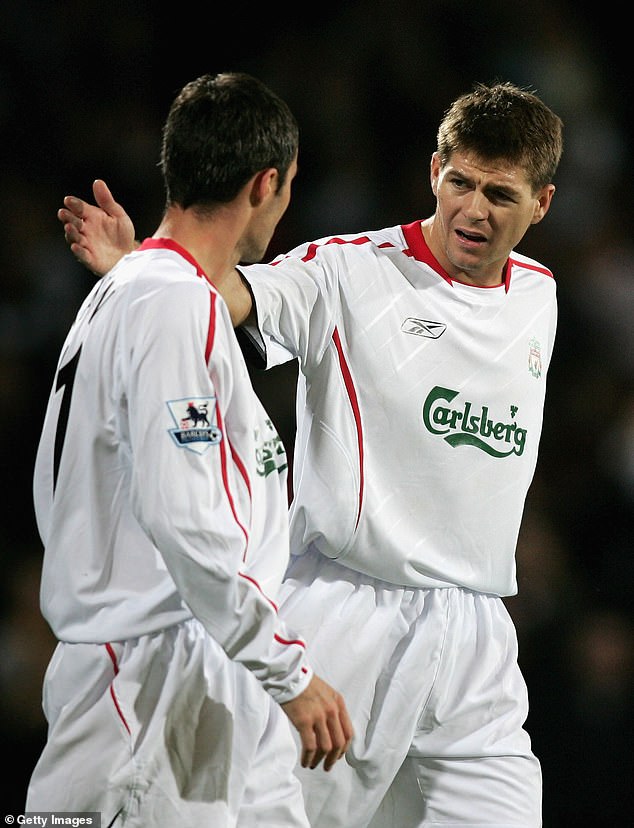 He voluntarily walked away from Anfield and joined Carlisle.

‘I decided to cancel my contract. Some people thought I was mad but I never regretted it. I loved being involved and playing every week at Carlisle and Inverness Caledonian, those were the best years of my career.’

While stationed in the Highlands he scored an extra time winner in the Scottish Cup semi-final against a Celtic team containing Virgil Van Dijk, but was then forced to miss the final. The next season they played in the Europa League, but lost to Romania’s Astra Giurgiu.

With his gamut of experience Raven stepped up as one of the successful penalty takers when the eighth-tier Northern Premier League side knocked out Colchester in the last round via a sudden death shootout. They will be punching up again when hosting their National League South opponents on Sunday.

‘I really enjoy passing on what I’ve learned to the younger lads and they are a good group who are keen to improve themselves,’ says Raven, who was persuaded to join Marine after spells at Wrexham and Warrington.

‘This is going to be a very different match to Colchester,’ says Raven. ‘ I think they were a bit too relaxed, maybe we surprised them a bit. There won’t be any surprises in this match, it will be a hard game.’

Daily Echoedhttps://www.dailyechoed.com
Previous articleFalkirk’s Miller on trying to stop Rangers
Next articleMairead Philpott is released from prison after serving less than half her 17-year sentence

Marler and Launchbury out for England

Thiago Silva thanks Frank Lampard after his sacking but now faces...