‘Harry Kane is one of the best passers in world football’: Jamie Carragher hails Tottenham star after superb assist for Son Heung-min strike against West Ham

By Cian Cheesbrough For Mailonline

Jamie Carragher hailed Harry Kane as ‘one of the best passers in world football’ after the Tottenham striker’s delightful assist for Heung-Min Son’s opener against West Ham.

The England captain started the London clash in fine form with a delightful ball over the top for his team-mate, his seventh assist of the season, before scoring two himself to put Spurs 3-0 up inside 16 minutes.

Kane has long been a prolific goalscorer but has earned plaudits this season for his passing range which has seen him top the assist charts, and Carragher went as far as saying he is one of the best in the game.

‘Harry Kane is one of the best passers in world football I think. I’m not just talking about the assists he’s got in the last few games’, said Carragher whilst co-commentating for Sky Sports.

‘When the balls comes into him his appreciation for where players are is fantastic.’

For his first goal Kane showed his passing ability once again by playing in Lucas Moura before the ball eventually returned to him. The striker nutmegged Declan Rice and smashed home to double their lead. 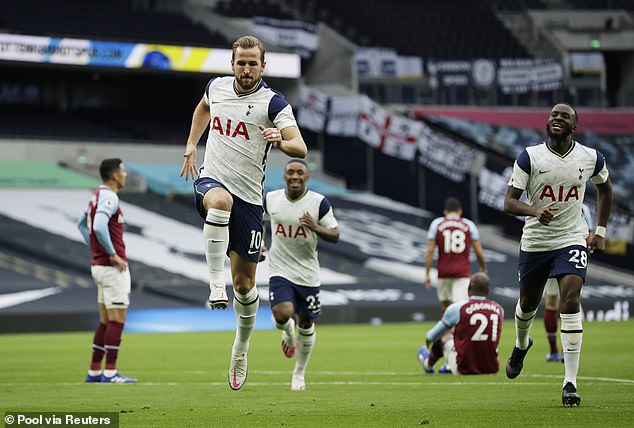 England captain was in fine form against West Ham, setting up the opener before scoring two

Leicester defeat was not the Arsenal homecoming Thomas Partey would have...
Read more
Sports

'We have a lot of young generation guys to coach': Khabib...
Read more
Sports

Bali Nine heroin mule Renae Lawrence has sensationally hinted she could be making an appearance on I'm a Celebrity... Get Me Out of Here!...
Read more