Single radio producer, 36, reveals why men should ALWAYS pay on the first date – and the one time it’s ever okay to split the bill

A single radio producer has explained why men should always foot the bill on the first date in a hotly contested debate that’s been raging for years.

Jana Hocking, from Sydney, revealed one of the biggest deal breakers for most women is their date not picking up the tab.

In an amusing piece for news.com.au, the 36-year-old said if a ‘perfectly lovely guy’ goes ‘tight on a bill’, she’s ‘instantly turned off’.

‘So let’s end this debate once and for all and just say, blokes pay for the first date. It’s hot, it’s manly, and will have us bragging to our friends,’ Jana said.

Should men pay on the first date?

To back up her statement, she referenced Helen Fisher, a biological anthropologist and senior research fellow at the Kinsey Institute at Indiana University Bloomington, who said: ‘Women want to know if a man will spend his resources on her.

Helen added: ‘For millions of years they needed a partner to provide for their young, and they keep looking for that signal.’

However, Jana insisted the one time it’s acceptable to split the bill is when you know there’s no interest in a second date.

‘I’ve been on dates when I’ve known fairly early that the guy wasn’t for me and absolutely insisted on paying half, because I couldn’t live with the guilt of walking away knowing he had just splurged on a big bill for nothing,’ she said. 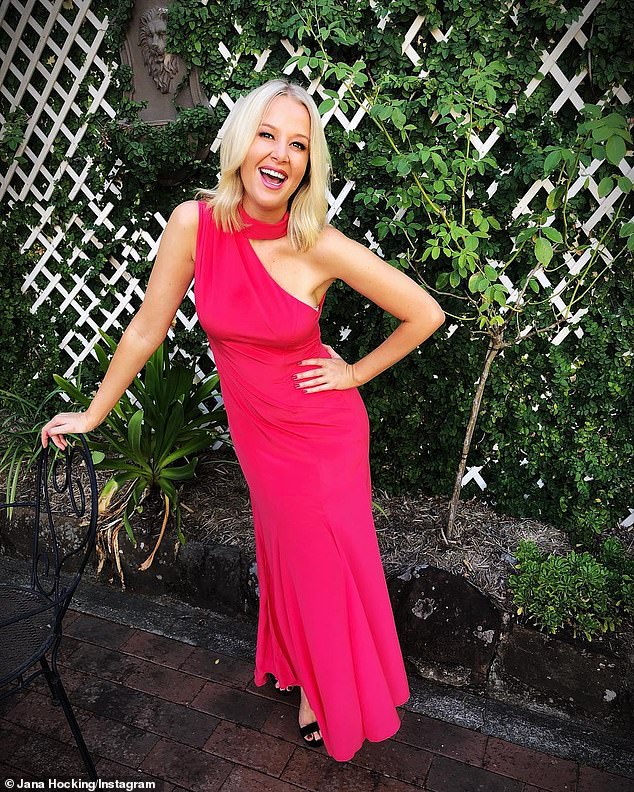 Last month, Jana made a ‘shameless confession’ that she secretly enjoys getting wolf whistled at and being ‘objectified’.

She said a good old fashioned wolf whistling should always be perceived as a cheeky compliment.

‘I adore being objectified. Now before you get out the pitch forks and scream at me for letting down the female tribe, let’s all take a big deep breath and ponder on this for a second,’ the Triple M radio producer told news.com.au.

‘Have you ever had a day where you feel bloated, puffy, and generally blaaaaah. Then you go for a coffee and the barista takes your order while staring at your chest, or that bloke down the road walks past and boldly gives you the ol’ up and down.

‘I don’t know about you, but it sure lifts my spirits.’

She praised Absolutely Fabulous actress Joanna Lumley for saying in an interview in 2016 that wolf whistling is a ‘compliment’.

‘How can wolf whistling be offensive to women? It’s a compliment, they’re saying ‘Cor. you look all right, darlin’ What’s wrong with that?’ Lumley said at the time.

‘We were tougher in the 60’s. You knew someone would whistle in the street and you weren’t insulted. We have become more sensitive flowers nowadays, people are very offended by everything.’

Inside the dream home: $1.5 million Cobourg mansion’s heritage is revealed

Inside the dream home: $1.5 million Cobourg mansion’s heritage is revealed