By Adrian Kajumba For Mailonline

After his indiscretion at Leeds, the Europa League was just what Nicolas Pepe needed.

Arsenal’s £72m signing Pepe has found consistency and form hard to find in the Premier League, compounded by his red card for head butting against Leeds.

But in the competition where he has been most comfortable, winger Pepe took his first step on the road to redemption. 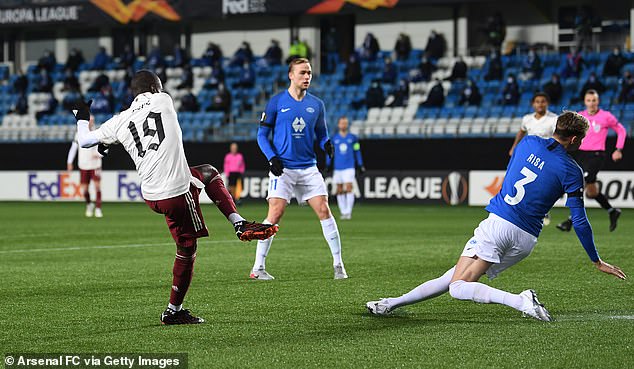 Winger Nicolas Pepe was the Gunners’ driving force on the night, bagging the opening goal 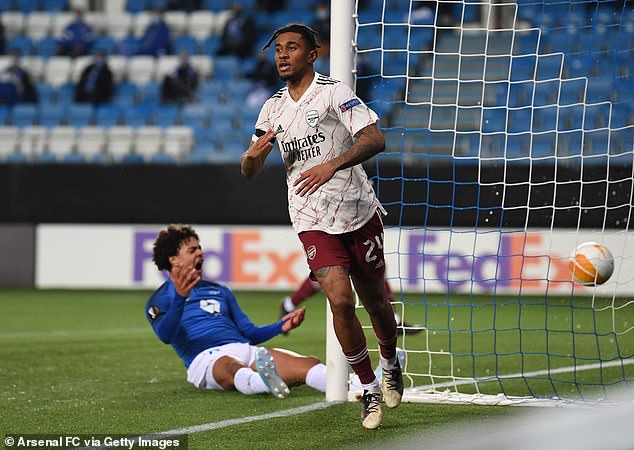 From the moment he first threatened midway through the first half Pepe performed like a man on a mission and with some making up to do.

And it was little surprise when he eventually set Arsenal on their way to the victory in Norway that guaranteed their place in the knockout stages.

His second-half goal came from his fourth attempt of the game, such was his determination to get on the scoresheet at the Aker Stadion.

By the end Pepe, the biggest contributor to Arsenal’s Europa League progress so far this season, was unfortunate not to have a bigger tally than the three goals and two assists he has racked up in the competition so far. 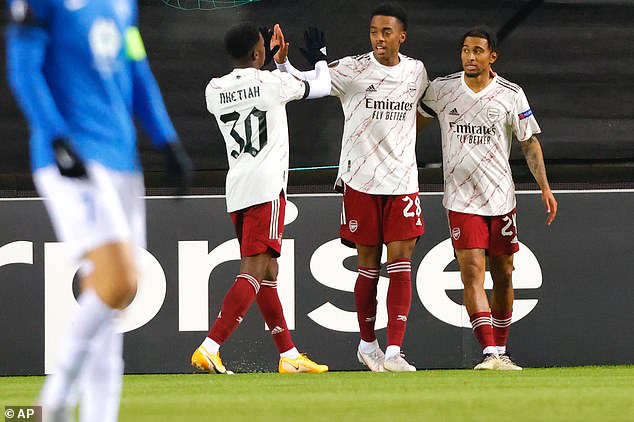 Joe Willock assisted both Nelson and Pepe’s goals, on a strong night for Arsenal’s academy

Instead, Reiss Nelson, Arsenal’s other standout performer, grabbed the second before exciting striker Folarin Balogun scored a dream first goal for the club seconds after coming on.

For much of a low-key first half it seemed Arsenal had brought their creativity problems from the Premier League to Norway.

Nelson and Pepe both threatened twice but only one of the efforts, an early one from the former truly tested Andreas Linde.

Arsenal were in fact fortunate not to fall behind when Molde defender Sheriff Sinyan, scorer of an own goal at the Emirates, helped Arsenal out once again by somehow failing to convert Eirik Hestad’s cross from just a yard out. 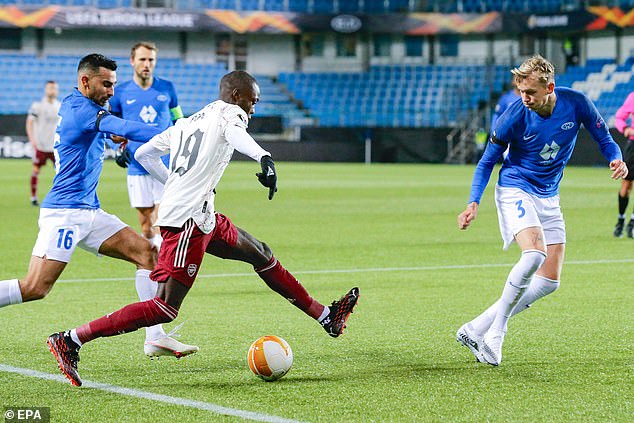 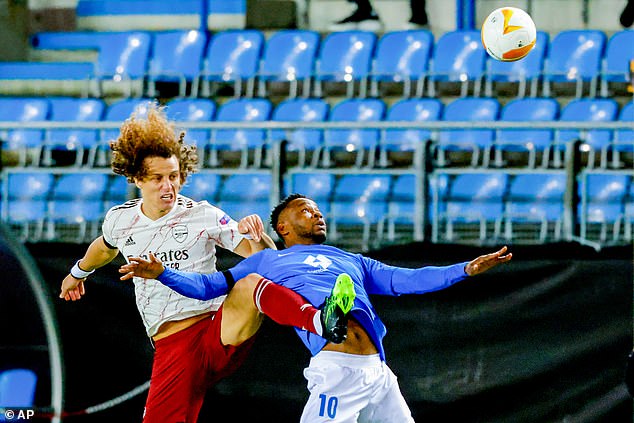 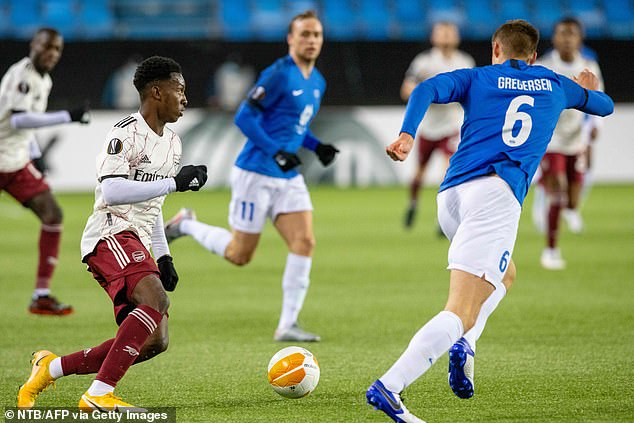 But Arsenal stepped things up after the break, playing with greater intensity, purpose and directness, and were rewarded with two goals in five minutes.

Shortly after crashing an effort against the bar, Pepe controlled Willock’s cross and finally found the far, top corner of Linde’s net that he had been looking for all night.

He was involved again when Eddie Nketiah had a goal ruled out for offside but Arsenal did not have to wait much longer for a second, Nelson tapping in another Willock cross, this time from the right.

Nketiah and Alexandre Lacazette both came close to a third for Arsenal but that honour instead went to Balogun who displayed just why Arsenal have such high hopes for him and the club have reopened contract talks in a late bid to keep him, controlling fellow sub Emile Smith Rowe’s pass with his first touch before clinically firing in his first Arsenal goal with his second.

What’s It Like to Have Kamala Harris As ‘Momala’? We Asked...