‘Party foul!’ Ivanka Trump calls out Jared Kushner for not dancing to ‘YMCA’

Ivanka Trump poked fun at Jared Kushner’s ‘party foul’ on Sunday after he opted out of performing the ‘YMCA’ dance with a crowd of MAGA supporters.

The internet razzed President Trump after a video of him dancing to the Village People’s YMCA went viral, and it appeared Kushner chose not to take any chances this weekend.

Kushner was among President Trump’s staffers and thousands of his supporters who gathered in Janesville, Wisconsin, on Saturday for a campaign rally.

Jared Kushner (right) decided not to perform the iconic ‘YMCA’ dance by the Village People during a campaign stop in Janesville, Wisconsin 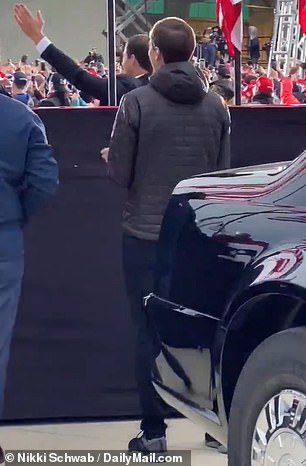 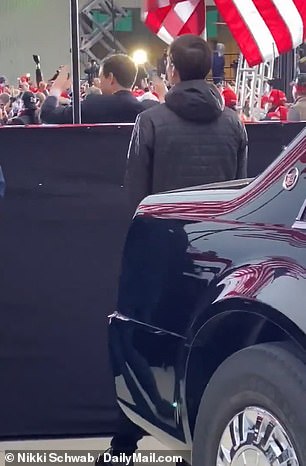 Jared Kushner (left and right) attended the Janesville, Wisconsin, ally on Saturday as President Trump campaigns ahead of the November 3rd election

Footage shared by DailyMail.com reporter Nikki Schwab shows Kushner, assistant to the President and senior advisor, standing next to the rally as the song plays.

Two staffers and the crowd excitedly mimic the iconic dance, but Kushner simply claps along to the rhythm.

Ivanka, Advisor to the President and mother-of-three, posted the video to her Twitter page, where it garnered 22,000 likes and 3,400 retweets.

President Donald Trump started setting the table to claim that the final presidential debate will be unfair, attacking moderator Kristen Welker during his Saturday night rally in Janesville, Wisconsin.

‘I’ve known her for a long time, she’s extraordinarily unfair but that’s alright,’ the president complained to the crowd. ‘She deleted her entire account. I wonder why? I can’t imagine.’

Welker briefly deactivated her Twitter account Friday on the heels of C-SPAN’s Steve Scully, who was supposed to moderate the cancelled second presidential debate, being put on administrative leave after he lied about a tweet sent to Trump critic Anthony Scaramucci asking for advice. 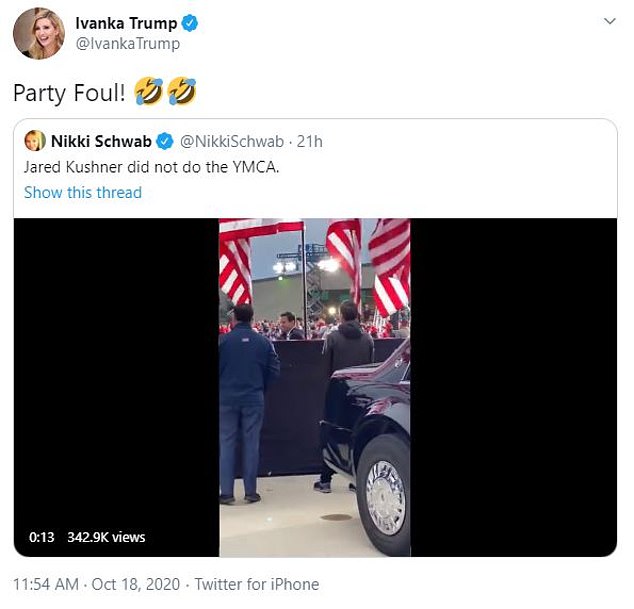 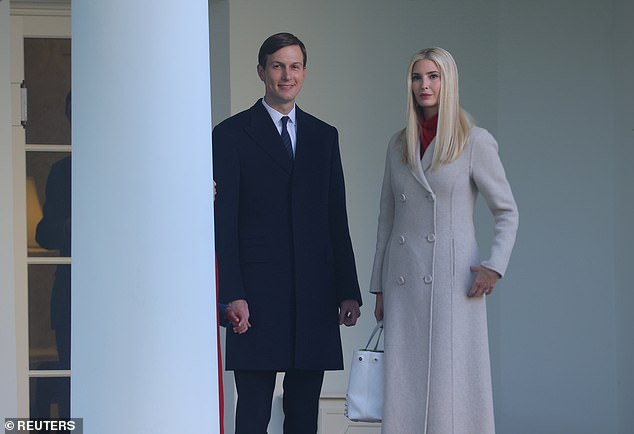 Trump had called in to Sean Hannity’s Fox News Channel program and referred to Scully as a ‘Never Trumper.’

A spokeperson for NBC told DailyMail.com that she ‘she consulted internally, made sure there was two factor authentication and turned it back on.’

The president had previously been complimentary of Welker, congratulating her at a press conference in Davos, Switzerland in January for being promoted to weekend ‘Today’ anchor. 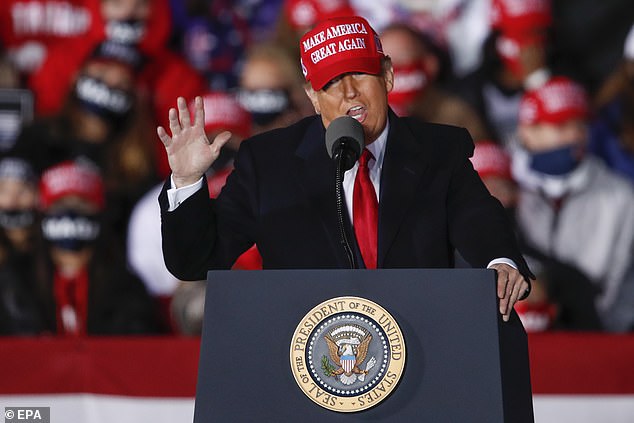 President Donald Trump lashed out at NBC’s Kristen Welker and said she’ll be ‘extraordinarily unfair’ when she moderates the final presidential debate Thursday, where Trump will face off against Democratic nominee Joe Biden 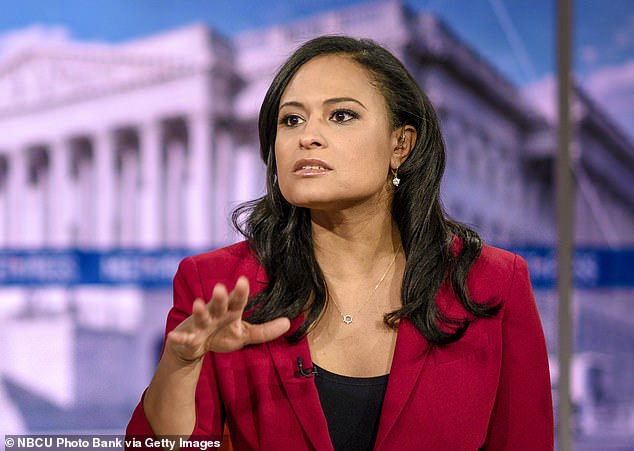 NBC News’ Kristen Welker was selected to moderate the October 22 presidential debate in Nashville, Tennessee. The president claimed that Welker had deleted her Twitter account. She paused it after debate moderator Steve Scully was put on leave over lying about a tweet

On Saturday, Trump didn’t mention Scully but instead pointed a finger at NBC’s Savannah Guthrie, who moderated Thursday night’s town hall with the president in Miami, which took the place of the second debate.

‘We did very well the other night with a person that I knew was even more unfair, Savannah,’ Trump told the crowd.

Trump then suggested Guthrie had vanished after the town hall, despite her anchoring the ‘Today’ show the next day.

‘But she was sort of jumping out of her seat, she was like flying. Just like, “I told you, I told you,”‘ he said, attempting to mimic the ‘Today’ show host.

Trump and Biden are supposed to face-off a final time before the November 3 presidential election on Thursday in Nashville, Tennessee.

The second debate got scratched after Trump refused to participate virtually after contracting COVID-19.

During Thursday night’s town hall with Guthrie, the president couldn’t recall when he had last tested negative for the coronavirus before testing positive twice on October 1 –  meaning he could have been infected during the first debate.

The president returned to the campaign trail Monday.

During his Saturday trip to Michigan and Wisconsin, Trump was with a number of officials who recently recovered from the virus including Sen. Ron Johnson, White House press secretary Kayleigh McEnany and Republican National Committee Chairwoman Ronna Romney McDaniel.

The daughter of a hiker who was rescued in Zion National Park after spending 12 days alone with no food and limited water...
Read more
US

Wedding for rabbi’s grandson where 10,000 people were expected is scaled down to ‘virtual event’

The vastly scaled-down wedding for a New York grand rabbi's grandson has taken place - after Governor Andrew Cuomo banned plans for a...
Read more
US

A second person in three months has come forward to accuse the top advisor to the mayor of Los Angeles, Eric Garcetti, of...
Read more
US

Pot-bellied men prancing about in bathrobes, screaming into their mobile phones, are a familiar sight at the exclusive Swiss detox clinic where I'm...
Read more

You can now pre-order a Doritos Advent Calendar on Amazon

Calling all crisp lovers! You can now pre-order a Doritos Advent...
Read more

On Tuesday, NASA's OSIRIS-REx mission will make history as it attempts its first collection of material from an asteroid to be returned to Earth in 2023....
Read more

The daughter of a hiker who was rescued in Zion National Park after spending 12 days alone with no food and limited water...
Read more

Jose Mourinho's No 2 Joao Sacramento 'could take over as manager...
Read more

You can now pre-order a Doritos Advent Calendar on Amazon