Spread of Electric Cars Sparks Fights for Control Over Charging

Electric vehicles are widely seen as the automobile industry’s future, but a battle is unfolding in states across America over who should control the charging stations that could gradually replace fuel pumps.

to Southern California Edison, utilities have sought regulatory approval to invest millions of dollars in upgrading their infrastructure to prepare for charging and, in some cases, to own and operate chargers.

The proposals are sparking concerns from consumer advocates about higher electric rates and oil companies about subsidizing rivals. They are also drawing opposition from startups that say the successors to gas stations should be open to private-sector competition, not controlled by monopoly utilities.

That debate is playing out in regulatory commissions throughout the U.S. as states and utilities promote wider adoption of electric vehicles. At stake are charging infrastructure investments expected to total more than $13 billion over the next five years, according to energy consulting firm Wood Mackenzie. That would cover roughly 3.2 million charging outlets.

Calvin Butler Jr., who leads Exelon’s utilities business, said many states have grown more open to the idea of utilities becoming bigger players in charging as electric vehicles have struggled to take off in the U.S., where they make up only around 2% of new car sales.

“When the utilities are engaged, there’s quicker adoption because the infrastructure is there,” he said.

are accelerating production of electric vehicles, and a number of states have set ambitious EV goals—most recently California, which aims to ban the sale of new gasoline-powered cars by 2035. But a patchy charging-station network remains a huge impediment to mass EV adoption.

Democratic presidential candidate Joe Biden has called for building more than 500,000 new public charging outlets in a decade as part of his plan to combat climate change. But exactly how that would happen is unclear. The U.S. currently has fewer than 100,000 public outlets, according to the Energy Department. President Trump, who has weakened federal tailpipe emissions targets, hasn’t put forward an electric-vehicle charging plan, though he backed a 2019 transportation bill that would have provided $1 billion in grants to build alternative fueling infrastructure, including for electric vehicles.

Charging access currently varies widely by state, as does utility involvement, which can range from providing rebates on home chargers to preparing sites for public charging—and even owning and operating the equipment needed to juice up electric vehicles.

As of September, regulators in 24 states had signed off on roughly $2.6 billion of utility investment in transportation electrification, according to Atlas Public Policy, a Washington, D.C., policy firm. More than half of that spending was authorized in California, where electric vehicle adoption is highest.

Nearly a decade ago, California blocked utilities from owning most charging equipment, citing concerns about potentially stifling competition. But the nation’s most populous state reversed course in 2014, seeking to spur electrification. 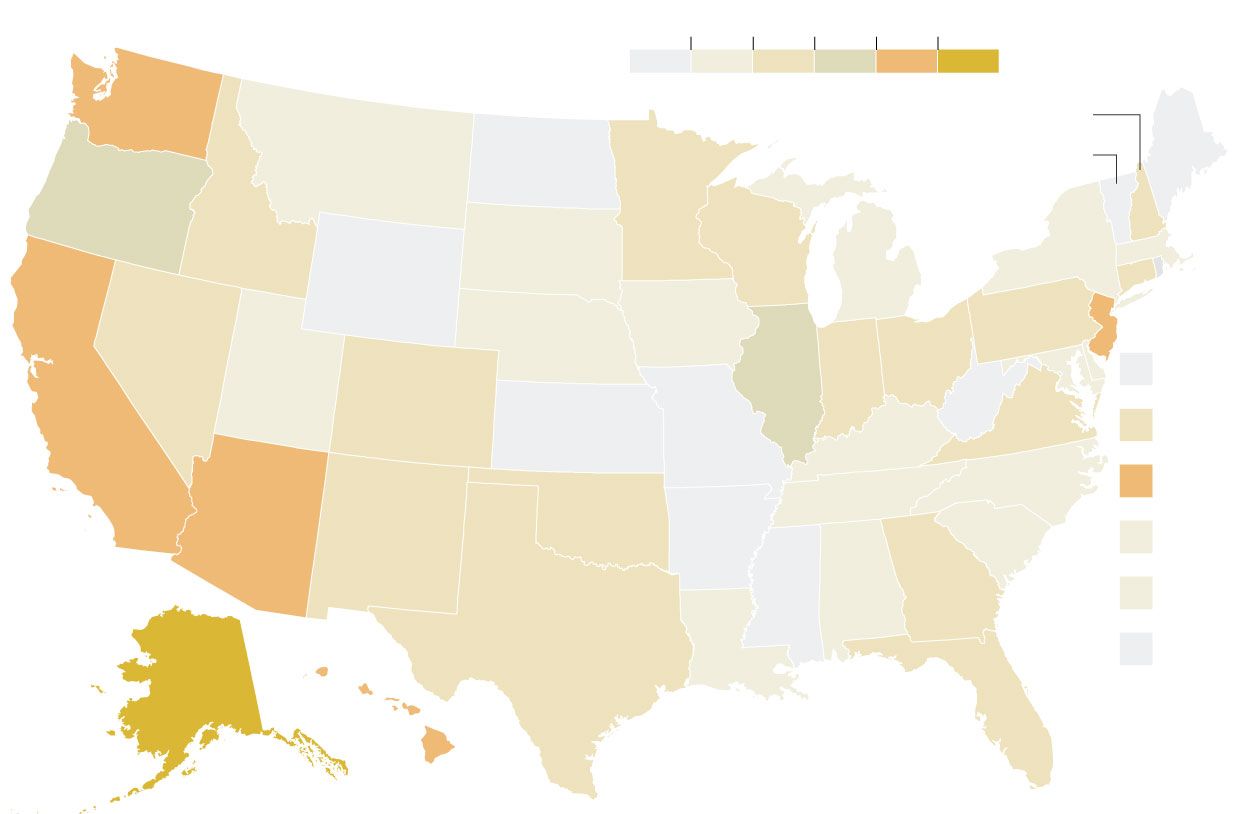 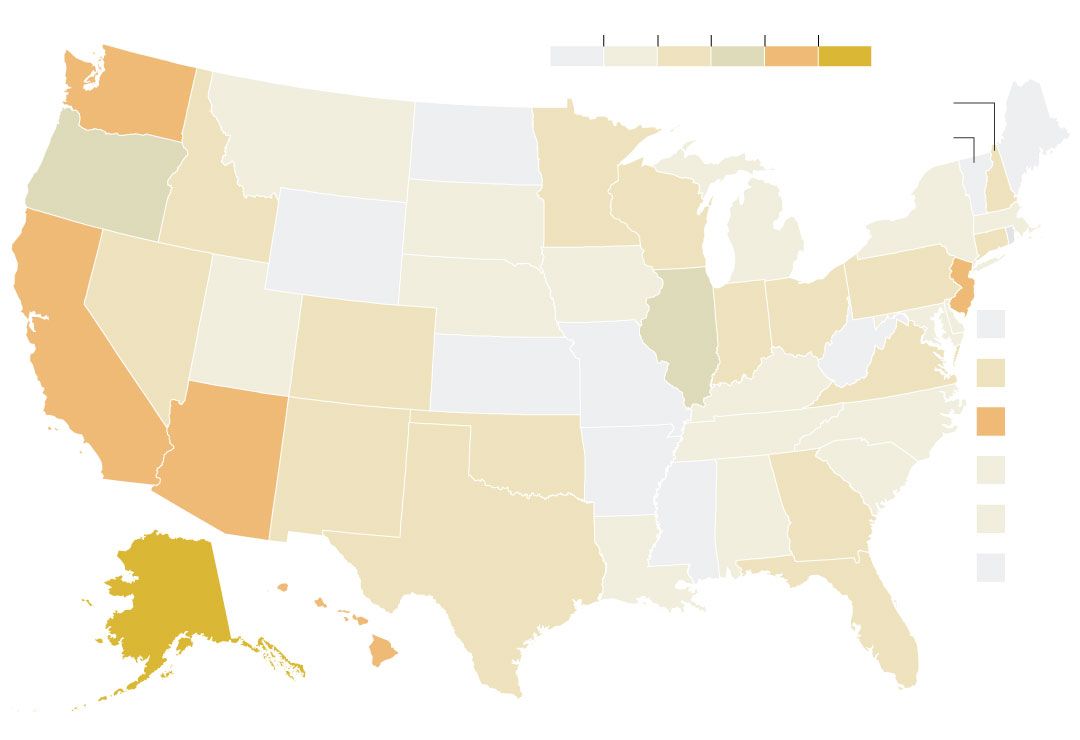 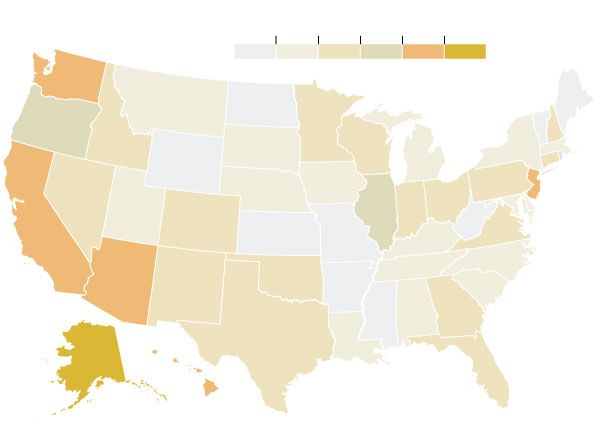 Regulators across the country have since been wrestling with similar questions, generating a patchwork of rules.

to own and operate public charging stations on government property, provided that the drivers who use them cover at least some of the costs.

Months later, the District of Columbia rejected an Exelon subsidiary’s request to own public chargers, saying independent charging companies had it covered.

Some charging firms argue utilities shouldn’t be given monopolies on car charging, though they might need to play a role in connecting rural customers and building stations where they would otherwise be uneconomical.

“Maybe the utility should be the supplier of last resort,” said Cathy Zoi, chief executive of charging network EVgo Services LLC, which operates more than 800 charging stations in 34 states.

The company said it expects the program to increase the average residential customer’s bill by around 50 cents a month.

Proponents of having utilities build charging networks also argue that they have the scale to do so more quickly, which would lead to faster EV adoption and environmental improvements such as lower greenhouse gas emissions and cleaner air. While the investments most directly help EV owners, “they accrue immediate benefits for everyone,” said Jill Anderson, a Southern California Edison senior vice president.

Some consumer advocates are wary of approving extensive utility investment in charging, citing the cost to ratepayers.

“It’s like, ‘Pay me now, and maybe someday your rates will be less,’” said Stefanie Brand, who advocates on behalf of ratepayers for the state of New Jersey, where regulators have yet to sign off on any utility proposals to invest in electric vehicle charging. “I don’t think it makes sense to build it hoping that they will come.”

“These utilities should not be able to use their monopoly power to use all of their customers’ resources to build investments that definitely won’t benefit everybody, and may or may not be economical at this point,” said Derrick Morgan, who leads federal and regulatory affairs at the American Fuel & Petrochemical Manufacturers, a trade organization.

Utility executives said their companies have long been used to further government policy objectives deemed to be in the public interest, such as improving energy efficiency.

Dunkin’ Brands Is in Talks to Sell Itself and Go Private

Dunkin’ Brands, the parent company of the Dunkin’ and Baskin Robbins chains, is in talks to sell itself to a private equity-backed company,...
Read more
Business

Apple, Google and a Deal That Controls the Internet

A former Google executive, who asked not to be identified because he was not permitted to talk about the deal, said the prospect...
Read more
Business

Fighting over the separatist Nagorno-Karabakh region continued Sunday, as Armenia and Azerbaijan reiterated their commitment to a peaceful resolution of their decades-old conflict...
Read more

Brad Pitt calls Joe Biden 'a President for all Americans' as...
Read more

UK recalls ambassador to Belarus amid unrestSource by
Read more