Moi Elyounoussi says the Celtic squad will turn their season round – to repay under pressure boss Neil Lennon – and declares critics “foolish to write us off”. (Sunday Mail)

Assistant manager Gary McAllister says Scott Arfield’s journey from the first-team fringes to midfield  mainstay is an inspirational story that has rubbed off on everyone inside the Rangers dressing room. (Sunday Mail)

Gary Holt opens up on his shock Livingston exit as the recently resigned manager admits the job had “run it’s course”. (Sunday Mail)

Aberdeen captain Joe Lewis earns the support of Derek McInnes as the manager refuses to point the finger of blame after the goalkeeper’s costly cup clanger at St Mirren. (Sunday Mail)

The standards set on and off the park by goalkeeper Allan McGregor are so important for Rangers, says former Ibrox striker Kenny Miller. (Sunday Herald)

Head coach Jack Ross sings the praises of matchwinner Jamie Murphy after Hibernian edge through to the Betfred Cup quarter-finals with a 1-0 win over Dundee. (Scotland on Sunday)

There is more to come from Glen Kamara as the Rangers midfielder learns from European experience, insists Ibrox assistant manager Gary McAllister. (Sun) 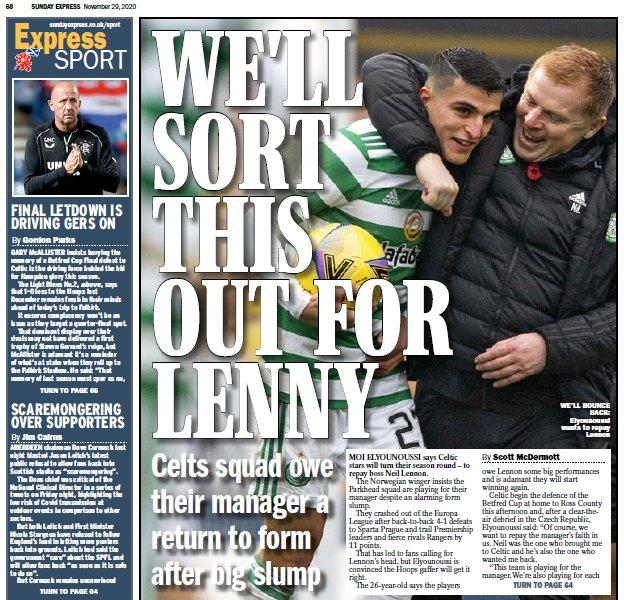 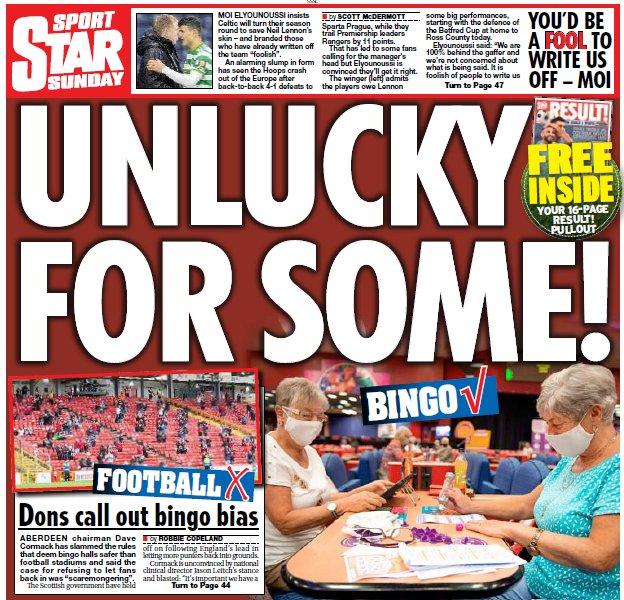 The Bishop of Derry says an inquiry should get full historic records of mother-and-baby homes in NI.Source by
Read more
UK

Alexander Goodwin, 13, will join Wasps RFC in a warm-up thanks to body-worn cameras on the players.Source by
Read more
UK

Brave girl, 7, diagnosed with inoperable brain tumour after a check-up at the opticians dies

Brave girl, 7, diagnosed with inoperable brain tumour after a check-up...

Ibrahimovic scores, clashes with Romelu Lukaku and gets red card in...