By Sam Blitz For Mailonline

Goal line technology denied Roberto Firmino a goal for Liverpool against Leicester on Sunday – by claiming his was one centimetre away from crossing the line.

The Brazilian striker ran clear on goal in the 77th minute but hit the post at his intial attempt, but the effort fell kindly to the Liverpool man whose rebounded strike was cleared off the line by Marc Albrighton before Sadio Mane hit the post again.

The video technology claimed that Firmino’s second effort was ten millimeters away from being a goal, with the live replay of the attack showing how close the ball was from crossing the goal line. 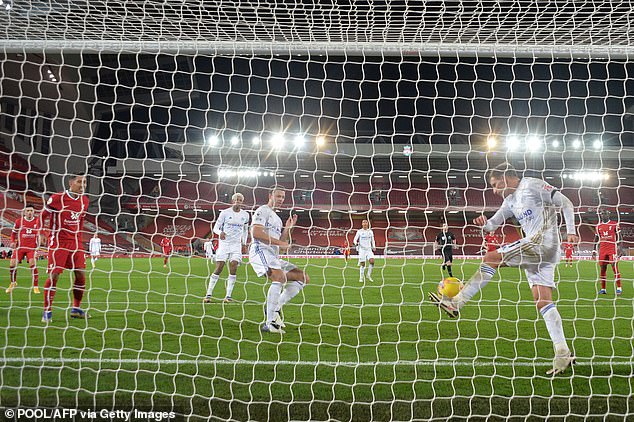 It looked like it was going to be a frustrating second-half for the Brazilian, who had hit the Leicester City post at the Kop End earlier in the match from close range.

But Firmino did end up on the scoresheet four minutes from time as he headed home James Milner’s corner and celebrated with a huge sigh of relief.

Sky Sports pundits Freddie Ljungberg and Patrice Evra revealed they both celebrated Firmino’s goal as they felt sorry for the 29-year-old’s luck in front of goal on Sunday night. 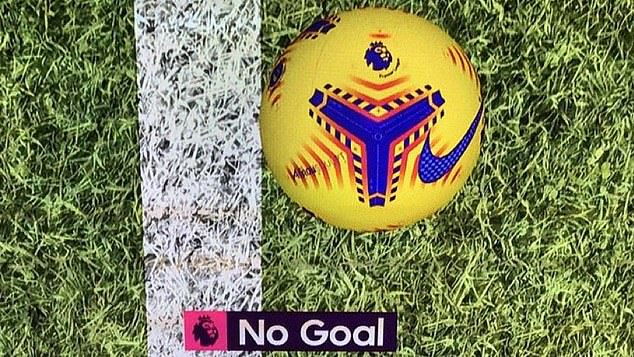 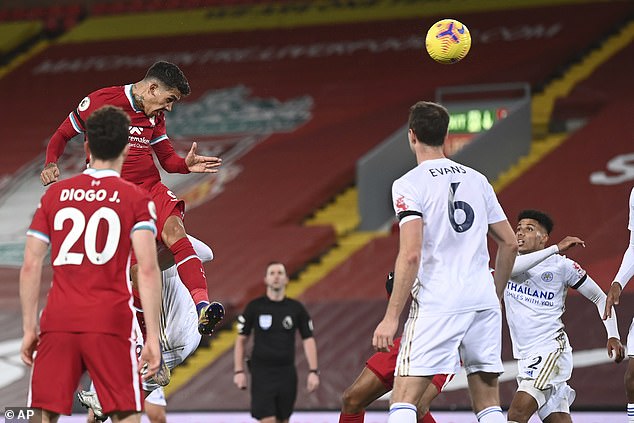 Ljungberg said: ‘You felt sorry for him the whole game. He had a problem with scoring but we all celebrated when he scored.

‘What did he need to do to score? It’s not what I’d say I love about Liverpool but its nice to see everyone celebrate with him and it’s a family football club and as an United ex player (speaking to Evra), you have to give credit to Liverpool.’

Former Manchester United defender Evra added: ‘When I see Firmino score, I am happy because he’s been struggling. 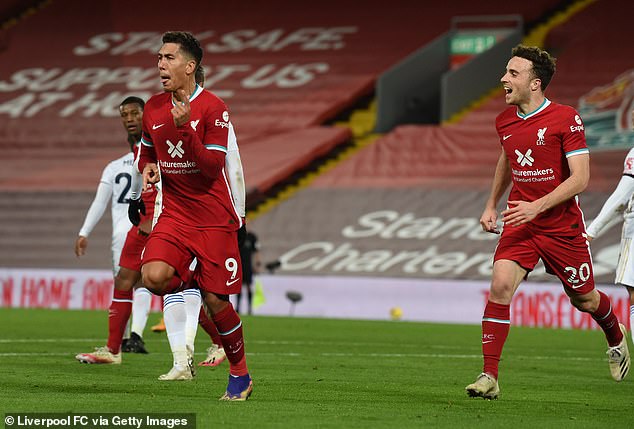 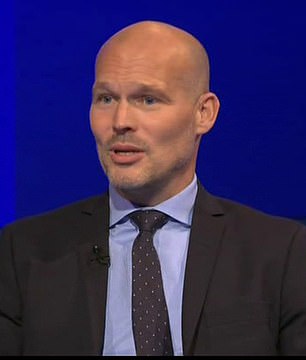 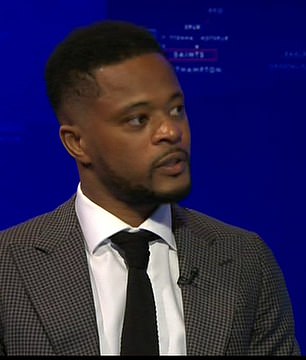 ‘They deliver when the manager needs him. I must be tired celebrating his goal.’

Firmino’s team-mates embraced him after he scored Liverpool’s third of the game with some of them noticing his misfortune in front of goal.

Milner, who assisted Firmino’s header late on, joked in his post-match interview: ‘Bobby, I don’t know what he’s been doing but he’s the unluckiest man alive for the first 80 minutes of the game! 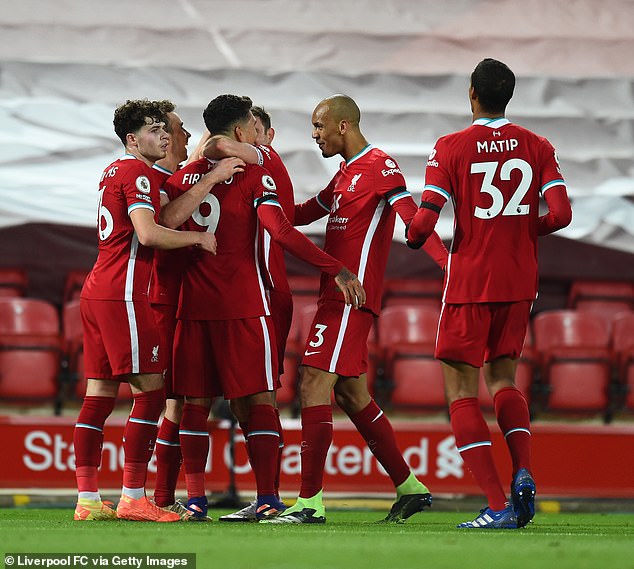 ‘But he deserved his goal, he was brilliant tonight. He was so unlucky.’

Reds boss Jurgen Klopp also heaped praise on the Brazilian striker and claimed he has answered some of his critics who say he does not score enough goals.

The German manager claimed: ‘That front line haven’t played too often together but Jota put in the work as well as Mane and Firmino. 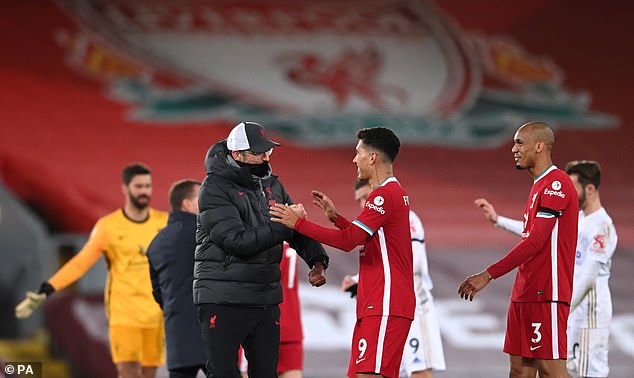 ‘It’s ridiculous what they say about Firmino and how well he does. Yes, 3-0 great and we were happy for him. He played outstanding so all good.’

Sunday’s strike was only Firmino’s second goal of the season after nine matches played.

The 29-year-old is also goalless after three Champions League games this term.

Millwall fans BOO their own players as they take the knee...
Read more

Scott Pittman's third goal of the season put Livingston aheadLivingston moved up to ninth in the Scottish Premiership as Dundee United ended a...
Read more