Fifteen alleged mobsters and associates involved in the Philadelphia and New Jersey mafia have been indicted on a string of charges, including federal racketeering, illegal gambling, extortion and drug trafficking.

Federal prosecutors said Monday that the 15 defendants, including some nicknamed Tony Meatballs, Joey Electric and Louie Sheep, are members or associates of the La Cosa Nostra criminal organization, which is known as the mafia or mob.

The crime family is accused of using its reputation and influence to control criminal rackets, like bookmaking and loansharking in Philadelphia and New Jersey’s Atlantic City dating back to August 2015.

Some of the men are also accused of peddling heroin, cocaine, fentanyl, methamphetamine and oxycodone, as well as being involved in a plot to kidnap or murder a dealer who sold members of the crime family fake drugs.

Prosecutors say 10 of the mobsters and associates allegedly conspired to conduct and participate in the affairs of the Philadelphia LCN through both a pattern of racketeering activity and through the collection of unlawful debts. 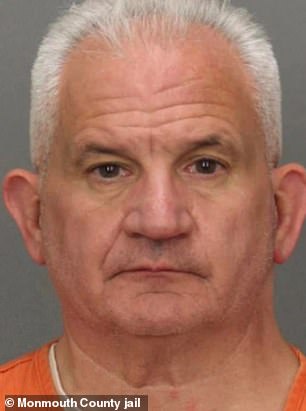 The remaining five defendants are charged with allegedly committing a variety of other offenses, including running an illegal gambling business, conspiracy to make extortionate extensions of credit and conspiracy to distribute controlled substances.

Among those charged is the underboss Steven ‘Stevie’ Mazzone, 56, and 41-year-old captain Domenic Grande, who is also known as Dom, Mr Hopkins, Mr Brown and Dom14.

Prosecutors say that under the crime family’s hierarchical structure, Mazzone and Grande oversaw ‘crews’ consisting of ‘soldiers’ and ‘associates’.

Soldiers are members of the family who have been formally initiated through a ritual called a ‘making ceremony’ during which they pledge allegiance to the mob, take a vow of secrecy and agree to commit violence if needed.

The men, who must be of 100 percent Italian ancestry, are then referred to as ‘made members’ of LCN.

Prosecutors say that the associates are men who engage in criminal activity on behalf of LCN but who have not been formally ‘made’ – either because they are up-and-coming or because they don’t have full Italian ancestry.

The indictment says that Mazzone, Grande and Salvatore ‘Sonny’ Mazzone, 55, hosted a making ceremony on October 15, 2015 at a residence in South Philadelphia where several new soldiers were indicted into LCN.

After that ceremony, members of the group allegedly went on to commit a series of crimes including distribution of drugs; the disbursement and collection of tens of thousands of dollars of unlawful bookmaking and other debts ‘owed’ to the group at interest rates as high as 400%; and an alleged conspiracy to kidnap or murder a drug dealer in order to protect the reputation of the Philadelphia LCN after the dealer sold members of the group fake drugs.

Following the indictment, US Attorney William McSwain said: ‘Thanks to the dedicated and courageous efforts of federal law enforcement over the past several decades, the Philadelphia mob isn’t what it used to be, and thank God for that.

‘But it is still a problem and is still allegedly committing serious federal crimes, which is why we at the Department of Justice are focused on stamping it out. We will not rest until the mob is nothing but a bad memory.’

Daily Echoedhttps://www.dailyechoed.com
Previous articleOpinion | Charles McVety’s college has questionable financial practices. So why is Doug Ford trying to give him the gift of university status?
Next articleHeat-trapping gas levels reach a new record high, despite lockdowns

Katy Perry, John Legend, Demi Lovato, and Bruce Springsteen were among the many stars welcoming the Biden administration to the White House with...
Read more
US

The FBI has released its latest poster of suspected Capitol rioters, looking for the public's help in identifying the suspects.The FBI released the...
Read more
US

President Joe Biden reiterated his calls for unity and insisted he believes the best is yet to come for the nation during his...
Read more

N.F.L. Playoff Predictions: Our Picks in the Conference Championships

Explore Tasmania through these spectacular photos

Even a small farm needs a strong food safety plan and...