Unemployed father-of-two, 51, tweets ‘I am not OK’ after ‘horrendous’ year

An unemployed father-of-two has been flooded with messages of support on social media after he took to Twitter and candidly admitted ‘I am not OK.’

Edmund O’Leary, 51, from Epsom, Surrey, who has had depression for more than a decade, admitted his mental health had plummeted during the pandemic and he had hit ‘rock bottom’ as he took to Twitter to share his mental anguish with others.

Within minutes of asking for help, Mr O’Leary was inundated with 300,000 heartening responses from well-wishers from across the world.

In his message, which has now been viewed more than ten million times and liked by more than 230,000 people, Mr O’Leary wrote: ‘I am not ok. Feeling rock bottom. Please take a few seconds to say hello if you see this tweet. Thank you.’

Edmund O’Leary, 51, from Epsom, Surrey, took to Twitter on Friday to candidly admit: ‘I am not OK’

Mr O’ Leary, who has been unemployed for 18 months after working as a mental health advisor, later explained that this ‘absolutely horrendous’ year had taken a toll on his mental health.

The father had hoped to see his son Patrick 22, graduate with a first-class degree and was also due to take his other son Conner to Dublin to begin his PhD but both were subsequently cancelled amid the coronavirus crisis.

He told The Sunday Times: ‘Most days are really rubbish, and yesterday was another day I was feeling really low. I thought: ”I’m going to be honest.”

‘I am shocked at the degree of the response. It has been phenomenal … It was just crazy.’

He added: ‘This year has been absolutely horrendous. My mental health has really taken a battering. I live on my own, I’m divorced, I don’t have much family support.’

Following his honest message, social media users rushed to the platform to share their words of encouragement.

One user wrote: ‘Hello Edmund! We don’t know each other, but I know that so so so many people are feeling heavy right now. The toll of this year is immense. Just remember that it’s a relay; we can all share the baton.

‘You’re not alone. Better days are coming. You deserve them.’

While another said: ‘Hey Edmund! You’re a brave lad putting your feelings out there! Your courage has given a lot of people permission to talk about how they are feeling.

‘Despite feeling low, you have done a lot of good. I am very grateful! Bless you!’

Another person commented: ‘Hi Edmund, I have an idea of what it feels like to be at ”rock bottom”. Remember that you are loved, you matter and that these feelings are only temporary. You’ve done the right thing by reaching out.’

When Edmund O’Leary was feeling at rock bottom, he turned to Twitter for help, asking people to take a moment to say hello.

To his surprise, he was flooded with messages of support as his story reached 18 million people around the world. 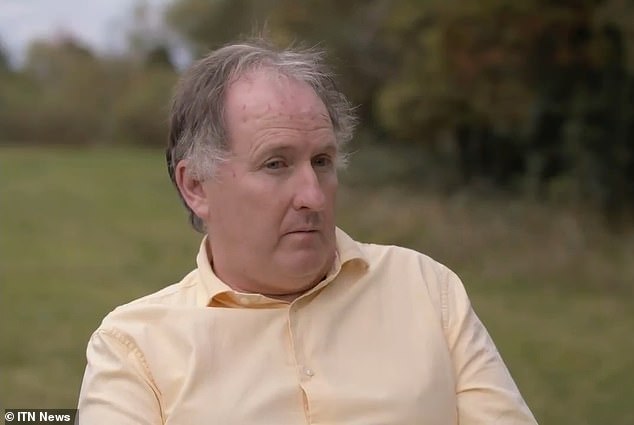 Mr O’Leary said he had received messages of support from across the world, including  California and Australia 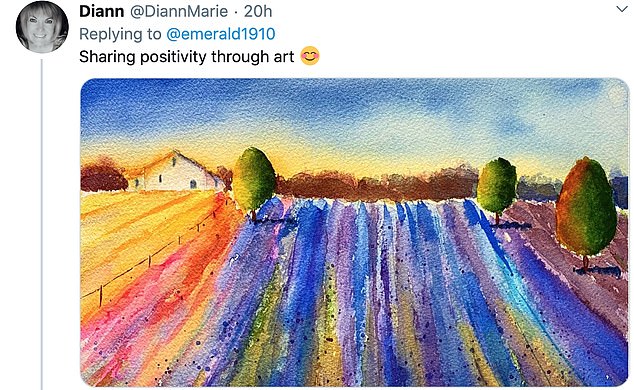 And one user added: ‘Hi Edmund. I’m a fellow Brit confused by the state of the world right now. Feel free to message me anytime you feel the need to rant or just chat about stuff. It says you like aviation. Tell me, do you fly? Whats your favourite plane?’

Elsewhere others said Mr O’Leary’s candid admission had resonated with them too.

One person wrote: ‘Hi Edmund. I’ve been in the same place myself very recently too. Please know that you aren’t alone – there are many millions of us out here feeling the same way, ready to help and support you through this. You are strong. You can do this. We believe in you.’

While another added: ‘Hello Edmund, I was just there recently, as a matter of fact. From my experience, there is a way up and out of it- and all the time you need to make your progress. Please hand in there.’

‘People are yearning for hope, love and a bit of good news and I think my little tweet has turned into I suppose a good news story.’ 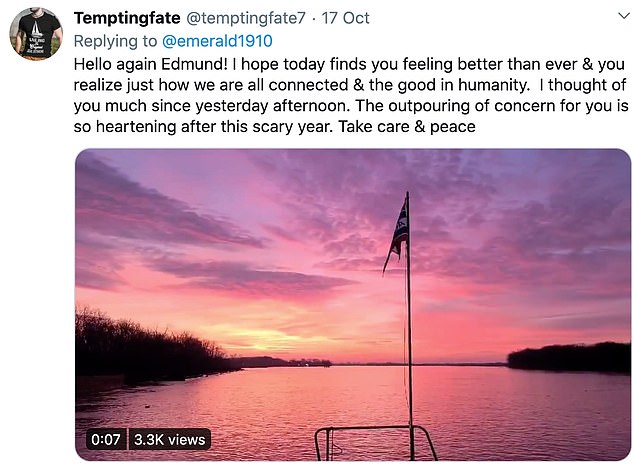 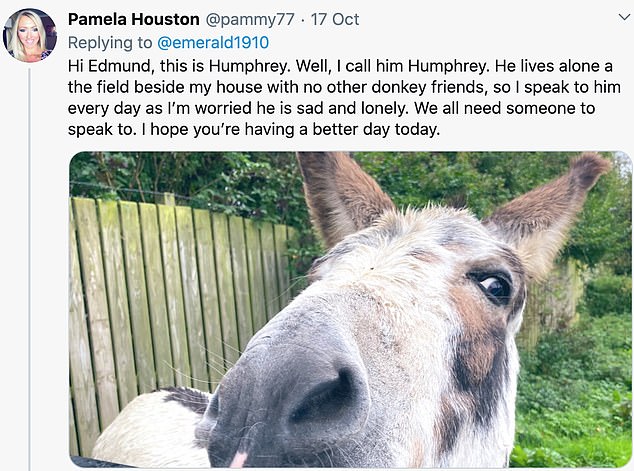 NASA will announce an exciting new discovery about the Moon from the Stratospheric Observatory for Infrared Astronomy (SOFIA) at a media teleconference at...
Read more
Trending News

Froome falls back as Soler wins

It's been another day focused on local coronavirus restrictions in England. South Yorkshire will face the toughest Covid rules from Saturday, with tier...
Read more
Trending News

Hands down, Rudy Giuliani might star in one of the most awkward scenes in Sacha Baron Cohen's new 'Borat Subsequent Moviefilm,' which will be...
Read more

MONTREAL - Quebec’s Human Rights Commission is urging the province to act against systemic racism and says the majority of recommendations it made...
Read more

A north Yorkshire restaurant has been branded 'evil' after launching a menu featuring a parmo topped with caviar and 24-carat gold.Burgers and More,...
Read more

NASA Touched an Asteroid. How Much Will It Bring Home?

When NASA’s OSIRIS-REX spacecraft touched the surface of an asteroid on Tuesday to gather a sample of rocks and dirt, the operation proceeded...
Read more