Where is my holiday refund? Travel Planners have had months to do it…

My family and I had a package holiday booked for July 2020 to Disney World Florida costing £8,040 through Travel Planners.

The holiday was cancelled the week prior due to the Covid-19 outbreak and we told Travel Planners that we wanted a cash refund, not a credit note.

After waiting four months, I chased again and was told my refund hadn’t been processed as I may have tried to use the Chargeback scheme. I hadn’t and even if I had, it would have been my right.

I have now waited five and a half months for my money back. What can I do in this situation?

Grace Gausden, consumer expert at This is Money, replies: It appears the package holiday firm you dealt with has been taking the Mickey.

However, you are just one in a very long line of customers who have had problems with getting a refund from their travel provider after an incredibly tough year for the industry.

The holiday was planned to be a once in a lifetime trip to Disney World with your wife and two young sons, costing £8,000, a huge sum of money.

Due to fly in July, you were told a week before it was cancelled due to the coronavirus pandemic.

Initially, you didn’t think there would be much of an issue getting your money back after you informed Travel Planners that you didn’t want a credit note or to rebook, you just wanted a refund.

The adviser told you it could take up to 60 days but, given the circumstances, you were totally fine with the wait.

However, this time came and went and it wasn’t until the 95 day mark that you were advised you would now have to wait 120 days before receiving your refund.

This deadline came and went after which you received an email stating Travel Planners staff were furloughed until 4 December and therefore, the refund would be processed after this date.

As it was now five months of waiting for your money back, you rang the firm on 8 December only to be told your refund hadn’t been processed as you ‘may’ have tried to use the chargeback scheme via your credit card.

However, you claim you weren’t even aware of what this scheme was until it was mentioned and you believed it to be simply more stalling tactics.

You told the customer service assistant this but they replied that many of their customers were ‘fraudulently’ claiming a refund and asked you to prove you hadn’t – which you found ridiculous.

The adviser said she would email over a form you needed to fill out regarding the supposed chargeback, however, this never arrived.

GRACE ON THE CASE

Welcome to our new weekly column, where This is Money consumer expert Grace Gausden tackles reader problems and shines the light on companies doing both good and bad.

Want her to investigate a problem, or do you want to praise a firm for going that extra mile? Get in touch:

You say you have since tried to contact the firm multiple times by phone and email but have had no response.

According to ABTA, the travel trade association, those who booked a package holiday which cannot go ahead as planned, are entitled to a refund.

In normal circumstances a refund should be paid within 14 days.

However, given the current ongoing pandemic, these refunds are taking longer to return.

Despite this, six months is still a very long time to wait for such a large amount of money.

I contacted Travel Planners and asked them why it had taken so long for your refund to be returned.

Fortunately, after speaking to the firm, it has agreed to immediately return your money.

A spokesperson for Travel Planners said: ‘During these unprecedented times, the refunds process has taken longer than usual due to the overwhelming volumes of cancellations.

‘Lots of staff within our organisation and suppliers including product account managers being on furlough made the whole refund process slower.

‘We apologise for the delay in refunding Mr P and are happy to advise this has now been resolved and will be processed this week.’

You’ve confirmed you have received the money. Let’s hope you and your family can enjoy a trip to see Mickey and friends in Florida in the not so distant future.

What is the chargeback scheme?

Chargeback is a scheme where a customer’s bank asks for money back from the supplier’s bank.

It is a protection placed on the majority of debit, prepaid and credit cards that allows customers to request that a transaction is reversed if there is a problem with the goods or service they’ve paid for.

It is not enshrined in law so there is no obligation to offer it, but it is a part of card rules for banks and lenders, though these rules may vary between card companies.

There is no upper limit to claims on claims of this nature. To make a claim, get in touch with your card provider within 120 days of discovering a problem.

Another option is claiming money back under Section 75 of the Consumer Credit Act 1974.

It is slightly different as it means your credit card provider shares responsibility with the retailer or seller – boosting your options to claim money back if your goods are faulty, the order never turns up or the trader itself goes bankrupt.

Section 75 protection covers transactions costing between £100 and £30,000 – where at least part of the purchase was made using your credit card.

If you pay a deposit using your credit card – providing it’s over £100 – the total cost of the service or item is covered. 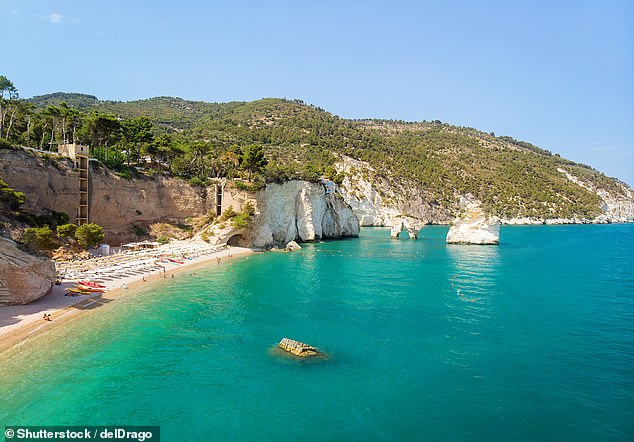 Hit and miss: This week’s naughty and nice list

Each week, I look at some of the companies that have fallen short of expected standards as well as those that have gone that extra mile for customers.

Miss: This week, a reader, Ray, also found himself struggling to get a refund from a travel firm, Great Rail Journeys.

He had a trip for four booked to Puglia, Italy, departing in April and the £5,580 paid for in full. Unfortunately, it was cancelled due to the coronavirus pandemic.

The group did not pay by credit card, rather by debit card, and requested a full refund when the trip was cancelled as they were not in a position to rebook.

Instead they were told this was not available and they would have to accept a credit note.

It has now been nearly nine months that you have been back and forward with the firm trying to claim a cash refund as opposed to a credit note.

I contacted Great Rail Journeys to find out why it was not allowing you to claim a cash refund.

While it never responded to me, you were contacted a day later and within just under a week, a full refund was returned. 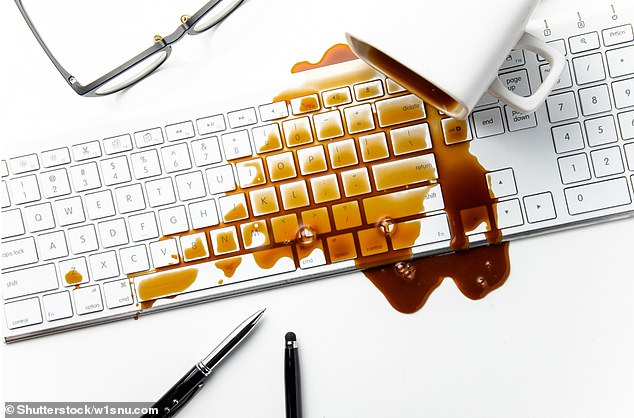 Hit: Another reader, who does not wish to be named, had a more positive story to share.

He said: ‘I want to give a shout out to PC Macgicians (not a spelling error, it’s a play on Macbook and magicians) a repair shop where I live in Putney, south west London.

‘I’m a pretty clumsy person at the best of times and a couple of weeks ago spilt tea all over my laptop keyboard, which broke the whole thing. One of the perils of working from home with a small desk.

‘I did have to chase them to find out what was going on, but they were always really helpful and reassuring in response to my often frantic phone calls and I’d recommend them for anyone who finds themselves in a similar situation.’

UPDATE: Dozens more customers have been in touch about disappointing customer service from Currys on the back of my story in December.

One customer, Louisa, bought a cooker from the store in February of last year and has found it has broken multiple times since.

Every time she tried to book a repair, it was cancelled and re-arranged, leaving her with no way to cook for her family.

On 16 November after numerous phone calls and web chats, she was promised a refund and collection of the cooker as Currys were unable to replace it, saying they had none in stock.

As of the end of December, she was still waiting for both the collection and the refund. In that time, she’s had to go out and buy another cooker so is now down £350 from Currys on top of the almost £500 she had to pay out for a new cooker.

I contacted Currys about this and it agreed to refund her.

A spokesperson said: ‘We were very sorry to hear of Louisa’s issues with her cooker. Our customer service team immediately contacted her and apologised for the delay in collecting her faulty appliance and issuing her a full refund.

‘Due to human error her appliance wasn’t collected when agreed. This has now been resolved with the item having been collected, a full refund is being processed and a goodwill gesture has been agreed. Louisa is happy with our resolution.’

Most actively traded companies on the Toronto Stock Exchange

United Airlines lost $7 billion in 2020 as the pandemic crushed the travel business.

United Airlines lost $1.9 billion in the fourth quarter, bringing its total losses for 2020 to just over $7 billion, its worst year...
Read more
Business

Kamala’s nephew-in-law steals the show at inauguration by rocking rare $2,200...